GET YOUR FREE RENTAL PRICE ANALYSIS
Call us today at
804-207-7619
or enter your address below.

As a full-service Hopewell property management company, our team is responsible for taking care of all aspects of managing your rental(s). 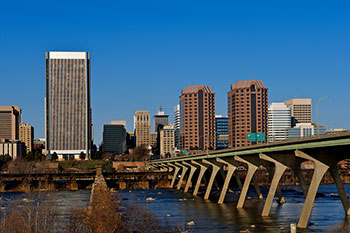 Hopewell is the location of several large chemical plants owned by the Honeywell Corporation, Hercules Chemical, Goldschmidt Chemical, as well as a paper mill owned by Smurfit-Stone Container Corporation (Recently acquired by Rock Tenn). Such industries have required the city and residents to deal with many environmental issues over the years, particularly as they learned more about the effects of the industries. The kepone debacle of the 1970s received the most national attention.

Although still an important industrial city, Hopewell has struggled with transitions through loss of jobs due to plant closures, several failed attempts at redevelopment, changes in residential housing patterns, and the costs of environmental clean-up. Much of its middle class population moved to neighboring Prince George and Chesterfield Counties for newer housing during the suburban expansion of the 1960s and 1970s. The city's housing stock is dominated by small, aged, rental properties many of which were hastily constructed by DuPont to house plant workers during the First World War, and low-income housing projects.

Hopewell has encouraged re-development along its waterfront areas along the James and Appomattox Rivers, in the downtown area, and the City Point Historic District, as well as the sites of several long vacant industrial plants. Due to its hasty construction as a mill town during the First World War, Hopewell had a large number of kit homes that were hauled in and erected in neighborhoods laid out by DuPont known as "A Village" and "B Village". The city has a surviving group of Sears Catalog Homes, with several available for exterior viewing on a self-guided tour. The city also has numerous Aladdin Kit Homes; at one time, it may have had the most such homes in the nation. Because residents moved to newer houses and the Aladdin Homes were abandoned and deteriorated, many have been razed.